The Gravity of Grace calls us to live deeper into the mystery of life.

“OUR IMAGE OF JESUS”–from Present on Earth: An Iona Community Resource 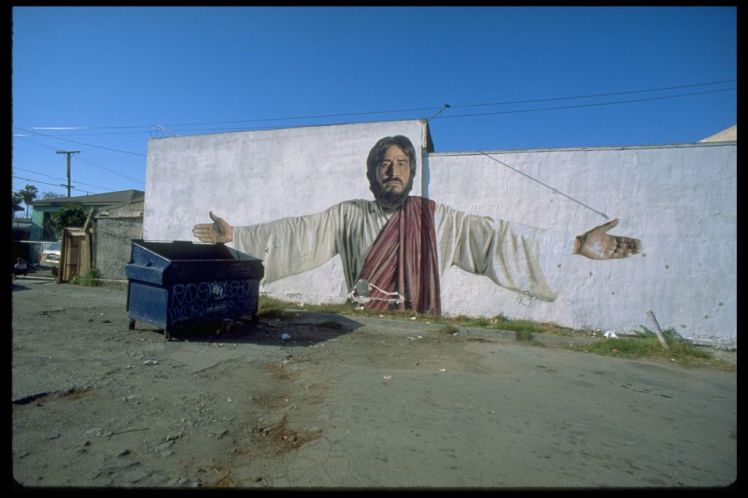 We will divide into two groups A & B.

Whereas “A” is blustering and pompous…”B” is more down to earth yet a little snide. Towards the end as A get more explosive, B gets more quiet and serious. The readers should almost speak over each other as if oblivious to what the other is saying. They are not speaking to one another. Each voice thinks they are “Right”. Of course, the outcome we are hoping to achieve with those who hear this dramatic reading is a commitment to work with people different from themselves. Just as A & B need to listen to each other, we too need to listen to each other.

A:  It is of supreme importance

B: that we get our image of Jesus

A: For there are too many blithering idiots,

A & B:  WHO ARE LEADING PEOPLE ASTRAY

A:  Came from a model family

B: –his mother was pregnant when she got married.

A:  And lived in a secure home

B:  –they were refugees.

A: As the old hymn says,

‘Through his wondrous childhood’….

B: about which we know next to nothing…

B: –he ran away when he was twelve.

A:  Jesus was the model working men,

B: –he became redundant when he was thirty,

A:  encouraging entrepreneurship in others

B: –he told Peter, Andrew, James, John, Matthew to give up their jobs.

A:  He kept good company,

B:   –dining out with beggars and prostitutes.

A:  He had a good word for everybody,

A: His conversation was about the finer things in life,

A: He never dabbled with controversy

B:  He just claimed to be the Son of God!

A: Jesus never upset anyone by his language

A: He was respected in religious circles

B: –they wanted to lynch him after his first sermon.

A:  Jesus was a man among men

A:  In his majesty we see God at work

B: -in his humility we meet God in person.

A:  That’s why he was worshipped

A:  So we have to get on with it ourselves

B: –he sent his Holy Spirit to guide us.

A:  We have to build the kingdom!

B: –we have to celebrate his presence among us.

A:  stand up and be counted…

B:  We are the body of Christ.

A:  It is of supreme importance

B:  that we get our image of Jesus